So in a previous post for the photoclub submission in February, I did a simple photo-shopping technique to help create an image. This isn't probably the best-est way to do this, its just the way I do it. I am sure some photo-shop nerd could come along and do it a different way in half the time, since there is multiple ways of doing the same thing, as long as its a way your comfortable with then go for it.

Here is the finished shot just so you know which image I am talking about.... 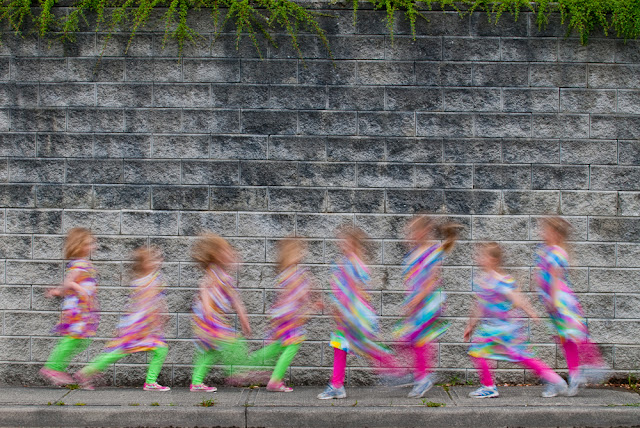 To start with this type of shot is much easier to do if you have four of the exact same images with the exact same exposure. I shot all manual on my extremely sturdy manfrotto 055Pro tripod, with my Nikon D200 and the Nikon AF-S 17-55 2.8 and my Nikon MC-20 remote cord. For this scene I didnt happen to Custom White Balance (CWB) since I was shooting in Raw and adjusting the files in Lightroom. This would mean that I would only have to adjust the first image for colour, contrast etc.. and apply those corrections to the other 3 images and viola, I have four images exactly the same but with the different subject matter!

Onto the fun part!!! 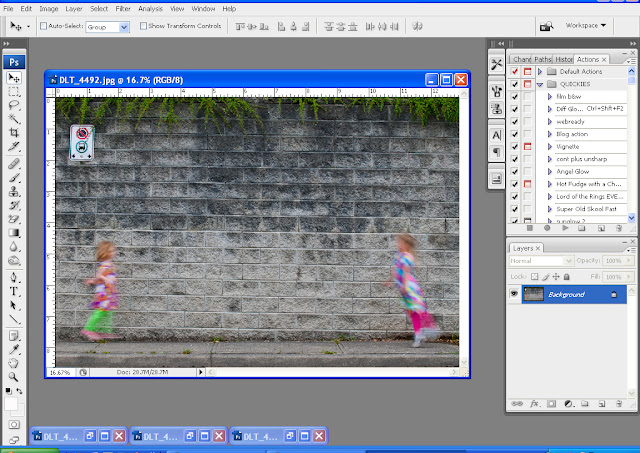 Ok...I opened all four images, the bottom image of the girls is the first one I shot. So the first task in hand is to remove the darn bus sign... There is a reason why I am removing the Bus Sign on the first image. As this is my background image all I will have to do is erase that area everytime I put one of the new layers on... You'll see. 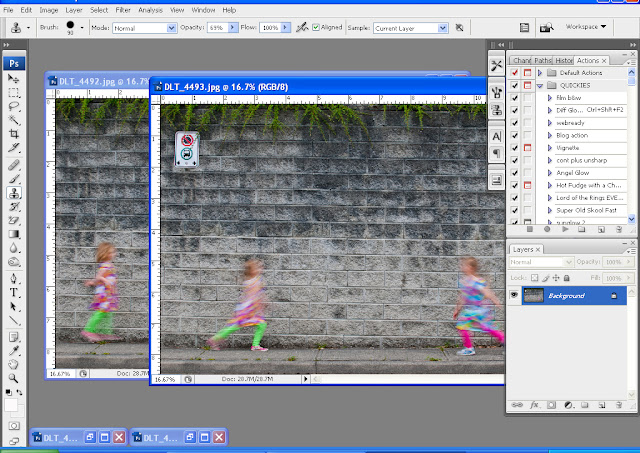 Opened up my second  image and will drop that one top of my Background image. 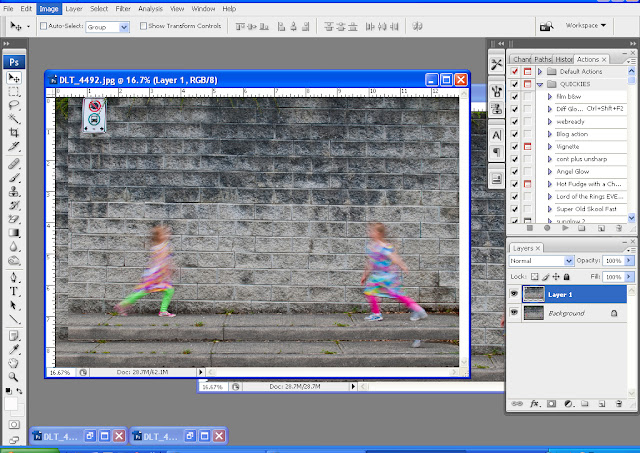 Now just a little movement to drop it perfectly onto the background. 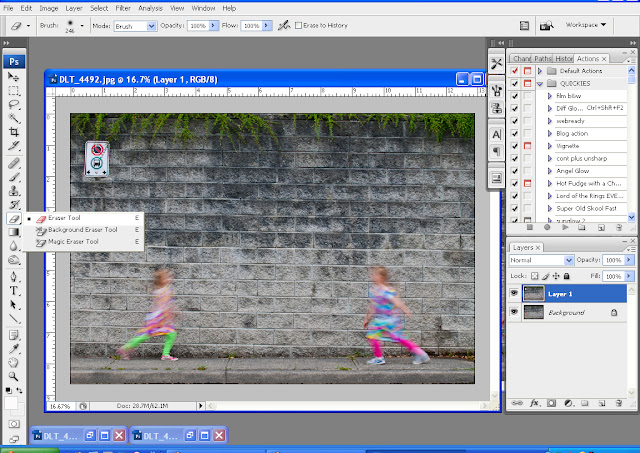 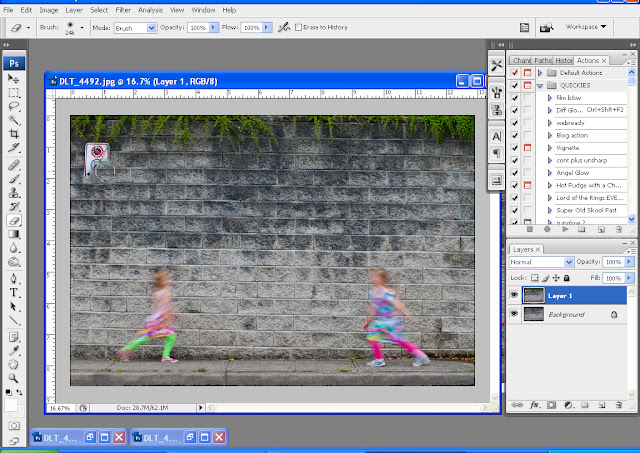 Using the eraser tool I now just erase some of my layer 1 and now you will see the background layer underneath which has the previously removed bus sign. Once I have done that I can easily start eraseing where the first position of the original image... this time i have to be a little more careful that I don't erase out the girls on the current top layer.... 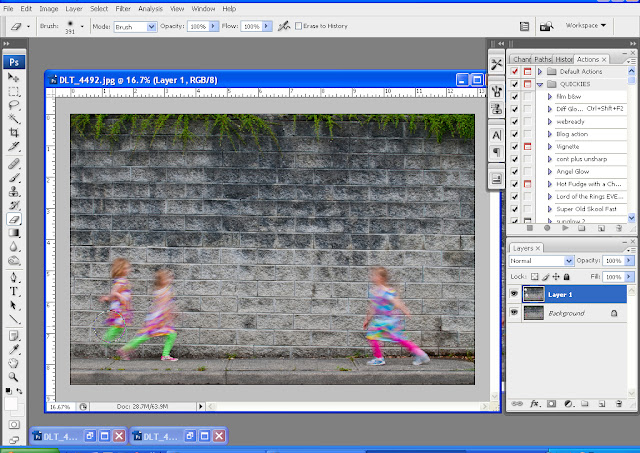 Ok, so hopefully you have the gist of it.... now complete erasing both sides of the image until the Background layer shows though, you only need to erase around the girls.. you don't have to do all of the wall. 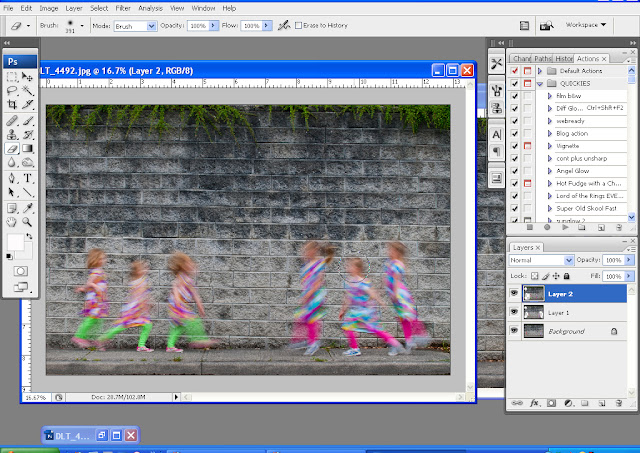 Apply the next image, Layer 2 and do as you did before, being careful not to erase anything on your current layer..and so on.... 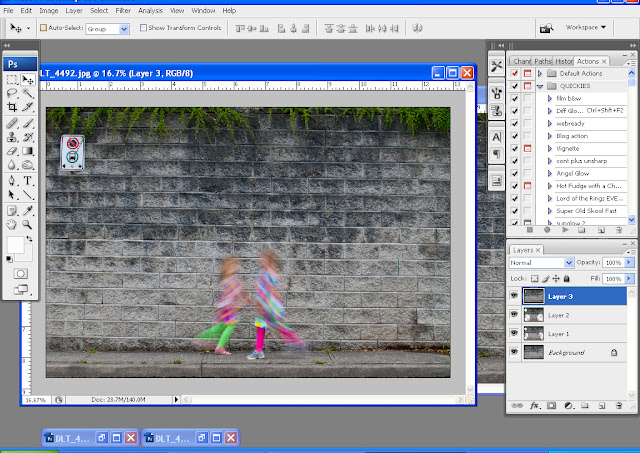 Applying the last layer, Layer 3... now just start sweeping the rest with the eraser..again being careful not to remove anything from your current layer. 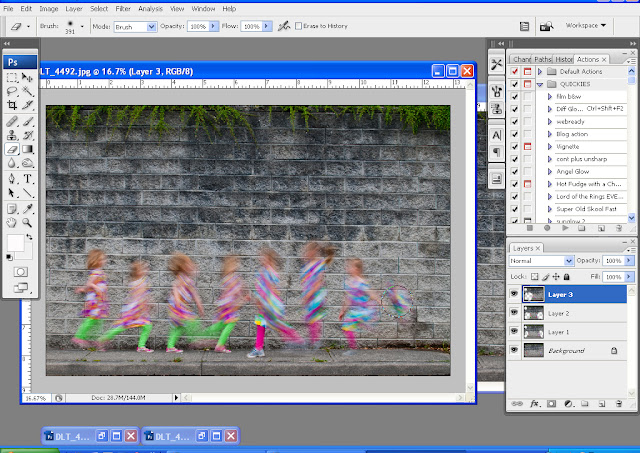 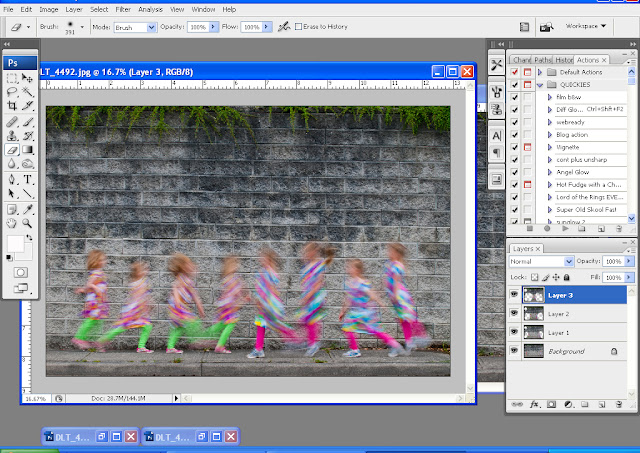 Ok... So now you have it. Look at the layers section on the right hand-side and you will see what you erased on each layer, the blobs of white and grey are what you erased from each layer... note that the Background Layer has nothing removed.... When you are done you can then flatten the layers or feel free to save it as a PSD an erase more later, but note should you wish to print it it will have to be saved as a Jpeg or Tiff ( flattened).

Like I said there is probably a better way to do this and if there is I apologise. Thats my way and I am sticking to it

Posted by DLT at 5:00 AM
Email ThisBlogThis!Share to TwitterShare to FacebookShare to Pinterest