So as I mentioned I had at least one blank roll.. well darn it I ended up with two! That means that the Voitlander will either undergo surgery or it will have to be retired. Everything seemed to be operational! Alas, that's the biggest loss of frames I have ever had... as I said I am not too cut up, i did shoot most things with a couple of cameras. Its disappointing but I will live.
We opted for not staying at one location this year and headed from Green Lake to a place called Barkerville, another 5 hours from Green lake, up past Quesnel in the Middle of NOWHERE. Currently Its the furthest I have traveled within BC since I have been here... This province is pretty darn big! 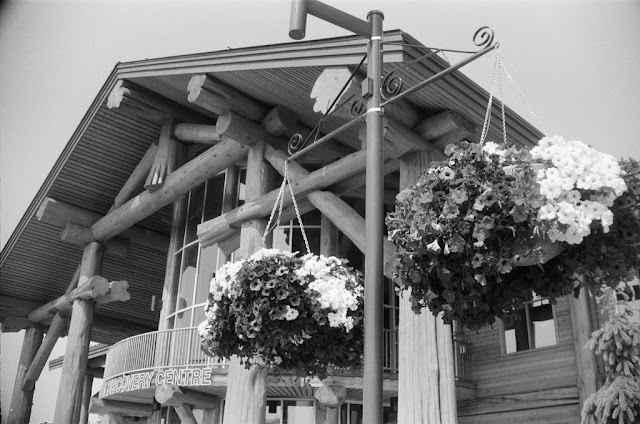 So since I have been so amazingly nostalgic since getting the two cameras from the UK, which were my dads, I thought it be fitting that for this holiday I would use the Cameras that my dad would have used for his holiday time. Now, as mentioned before, the film processing and film technology is far superior than back in his time, so the results I am getting maybe far greater than he ever got. Not to mention that I have surpassed my father in the art of photography. For him it was a hobby, the guy who was always relied on to take pics, not that he was a wealthy man who could afford many cameras, in fact quite the opposite. The Turners were a very stereo typical working class family were dessert at dinnertime was a massive luxury. I still see the little house my dad lived in back in Taunton with Uncle Norman and Granddad Sidney and Grandma Daisy, sadly I can only remember growing up seeing Uncle Norman, I have no recollection of my Turner Grandparents.... anyways.. i got off track!
So, I am using his camera's to record our holiday! Again, I am likely to be a little less frugal with the amount of shots during the vacation than he might of been, being that film and other costs would of have been maybe out of his reach.
The two camera's I used are the  Pal M4 and the Voitlander BL. I grabbed some of the oldest film I had in my fridge in the hope that I might add a bit more character to the shots with some fogging and discolouration, but alas that didn't seem to effect anything, also I used a little black and white also...None of the images are edited anyways on the computer, just scanned and saved low enough rez for the blog. 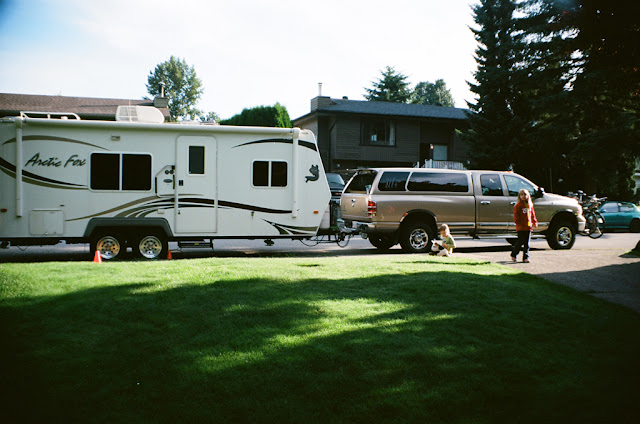 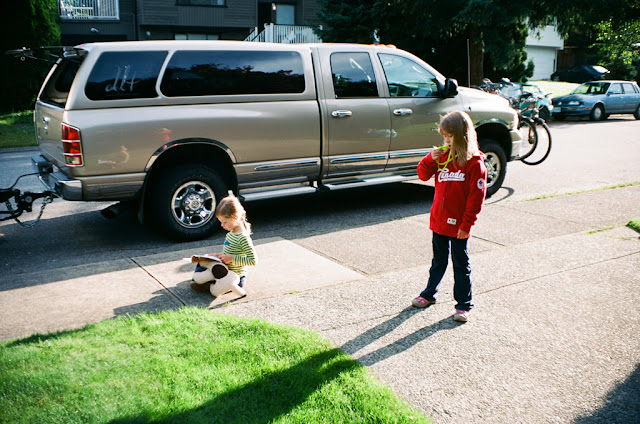 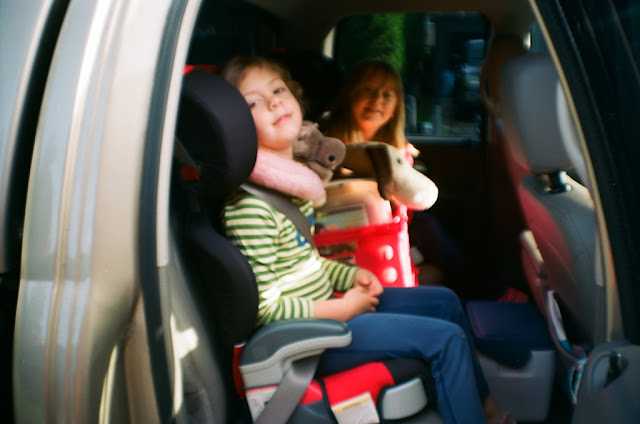 As you saw on the previous post a few of my "Promotional" style shots, well here are just some of my more artistic renderings... 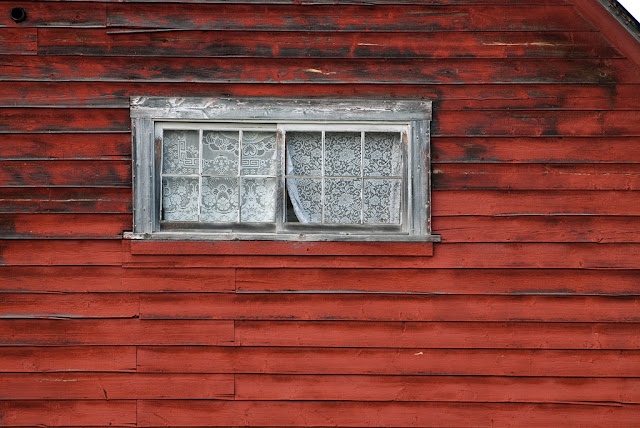 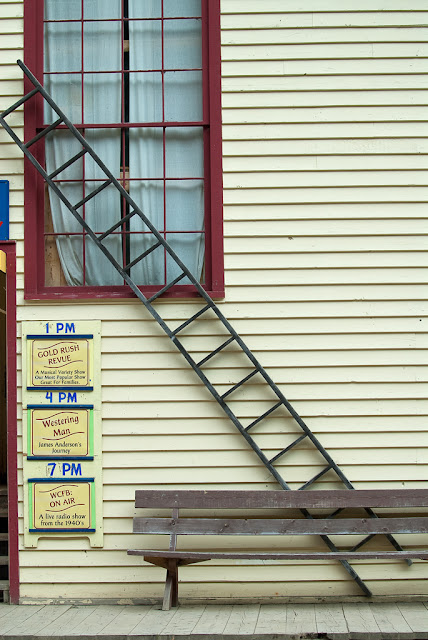 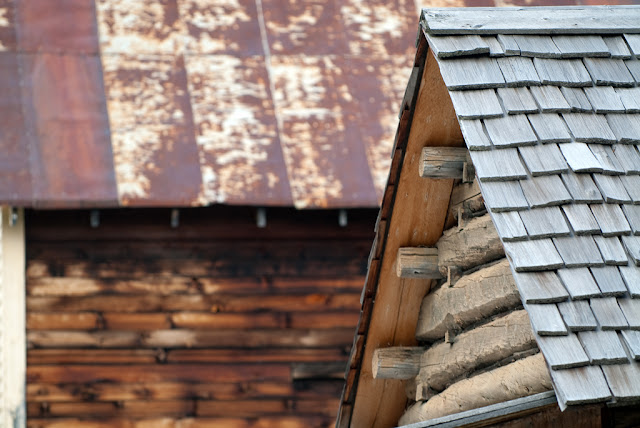 The first of this years camping trip was to one of our favourites, Green Lake. Since I holiday with several different cameras, perhaps about 10, i find I am able to post a few times just using some of the different camera formats. This years I have a full spread of varying digital ( compact and DSLR) and film ( manual and automatic).
Having so many formats and being able to still use them all makes it all a little bit more fun for me, after all it is my holiday too! In this entry I will be displaying some of the digital compact versions, since I have an awful lot of images I think I will just bore you with a few! 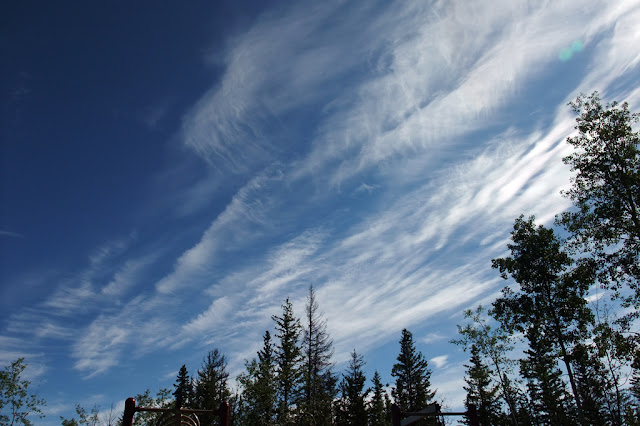 Read more »
Posted by DLT at 1:00 AM No comments:
Email ThisBlogThis!Share to TwitterShare to FacebookShare to Pinterest 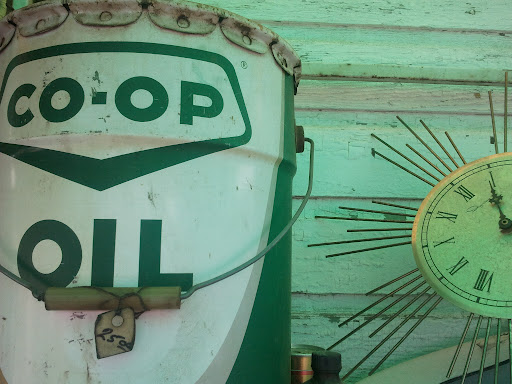 Posted by DLT at 8:30 PM No comments:
Email ThisBlogThis!Share to TwitterShare to FacebookShare to Pinterest

Somewhere way up in the middle of nowhere on the road that takes your hours to get there is this wonderful little town called Barkerville, Established 150 years in a time when Gold was in them there hills....
This is an excellent place where people have restored an old Gold Rush town and have made it into a wonderful destination for  people, willing to do the drive, to mooch around and look at some of the old buildings that made up this Western style town.To make it even more enjoyable they have capped it off with people in full dress for the time period wandering around pretending to be characters from that period, really quite the photographers paradise!
Since I hadn't really read to much up on it, I wasn't entirely sure what to expect. I certainly didn't imagine it being as large as it was. The buildings were wonderfully rustic, not like the good old brick I am used to from good ole England. The Only thing I missed or would have liked was the occasional tumble weed to go rolling down the main street!! that would have made it priceless 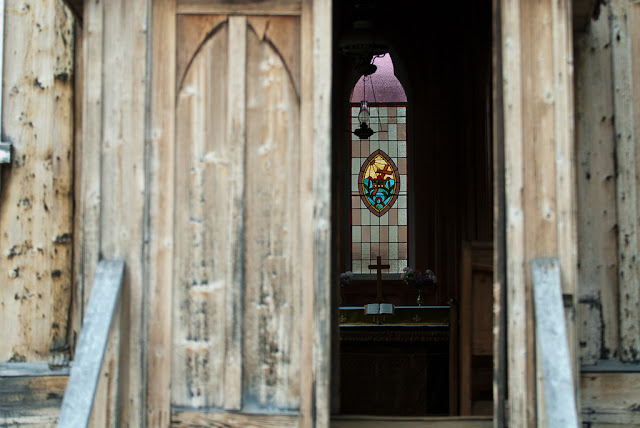 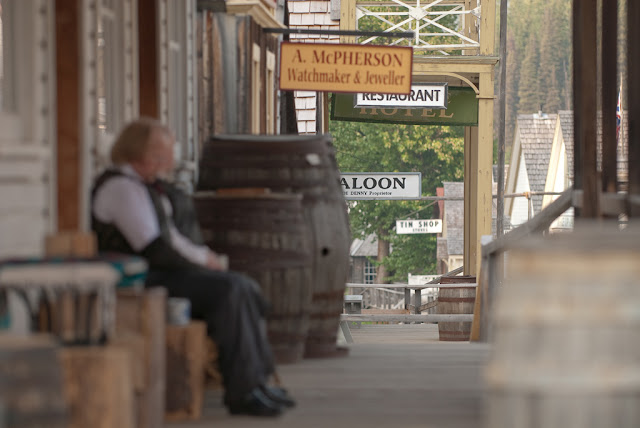 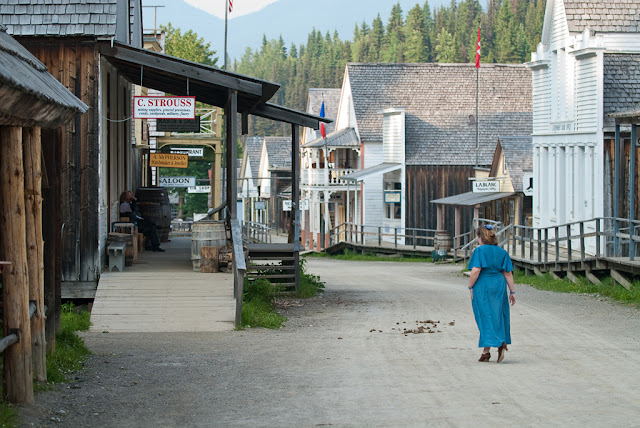 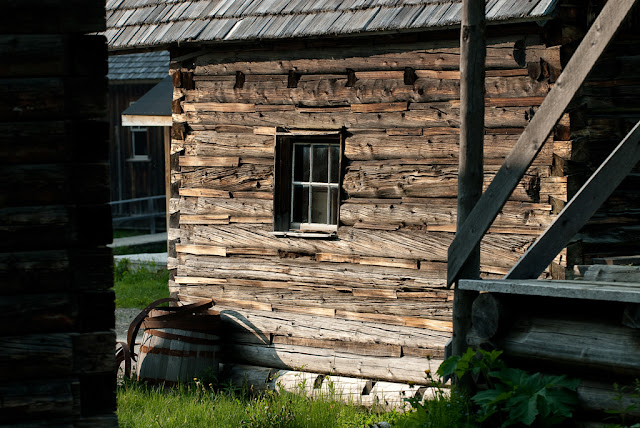 Read more »
Posted by DLT at 12:30 AM 2 comments:
Email ThisBlogThis!Share to TwitterShare to FacebookShare to Pinterest

This months epic was a "straight outta the Fuji" compact shot... I just love the "busy"ness of the shot and its somewhat abstract nature..really since there is no distinguishable scale for size it could be a huge water fall or an incredibly small one?? 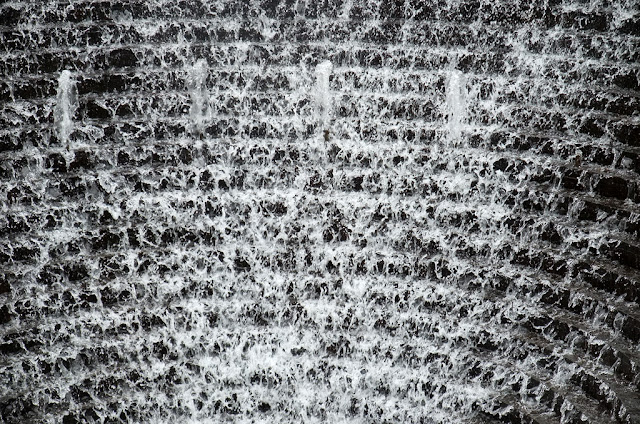 Posted by DLT at 12:30 AM 2 comments:
Email ThisBlogThis!Share to TwitterShare to FacebookShare to Pinterest 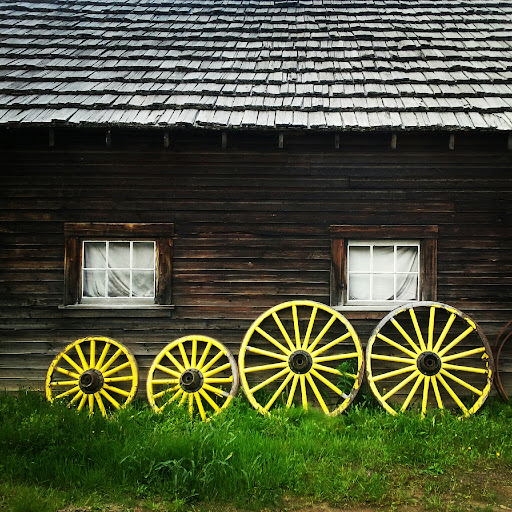 Posted by DLT at 8:20 PM No comments:
Email ThisBlogThis!Share to TwitterShare to FacebookShare to Pinterest

So since I had so much drama on the first roll and that I fixed it or at least hoped I had fixed it, I thought it fitting to give it another roll. Having seen the results when I got the film back it reminded me of how wonderful film really is, this is a process which has been around for such a long time and to this day is still amazing. It really can stack up against digital. Don't get me wrong, digital is soooo convenient and cost effective and easy to delete and and and... but film has never lost its appeal.
This little Pal M4 is very, very capable, in the right hands of course. I am quite enjoying it! As I mentioned before I have a little wide angle lens with it, here's to show you how little extra the wide angle offers. I have yet to determine exactly "how wide" it is, no literature on it that I can find at this time. I guess its around 35mm wide equivalent from the cameras native 45mm.

So the scene is fairly different you see more of the cars and more of the poles in the background. Since I am also using the Wide Angle viewer on top of the camera I am sure my alignment is off a tad, I didn't use a tripod like I probably should for this experiment, but really who reads this and does it really matter???? heheheheh