One clever little feature that has been added to cameras for sometime now is "diorama" or "tilt 'n' shift" mode. A clever technique of selective in focus and out of focus portions making the image seem like its of a little scale model of a city or scene. Ultimately as good as this option is on a camera, the scene is really the make or break to a successful fooling of the eyes. My initial attempts from my recent one night visit to Seattle have given me some better insight of how to approach future diorama shots and there will be more, I promise.
My new Olympus TG-850 has this diorama mode as one of its "art filters". So I am basically shooting the scene and the camera is doing all the work for me. The key to a realistic fake City picture is having a high view point of a street view with people and cars, ideally not moving  fast that they are blurred. No fake city model ever has fast moving static cars, got it??!!
Here are some of my attempts. 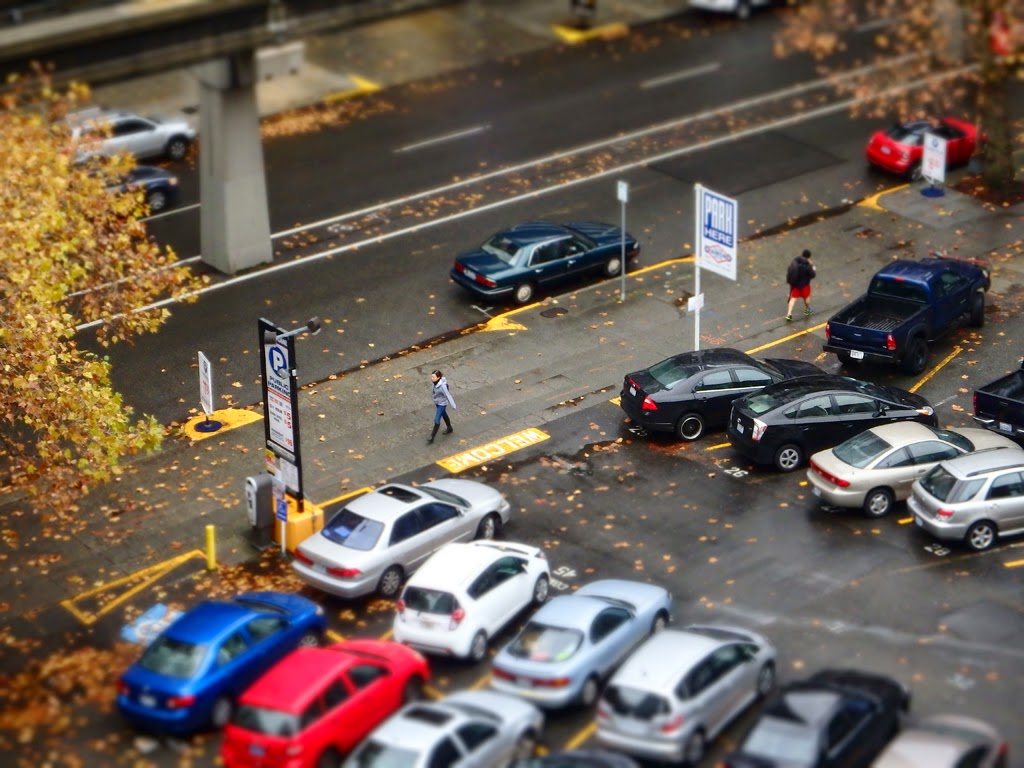 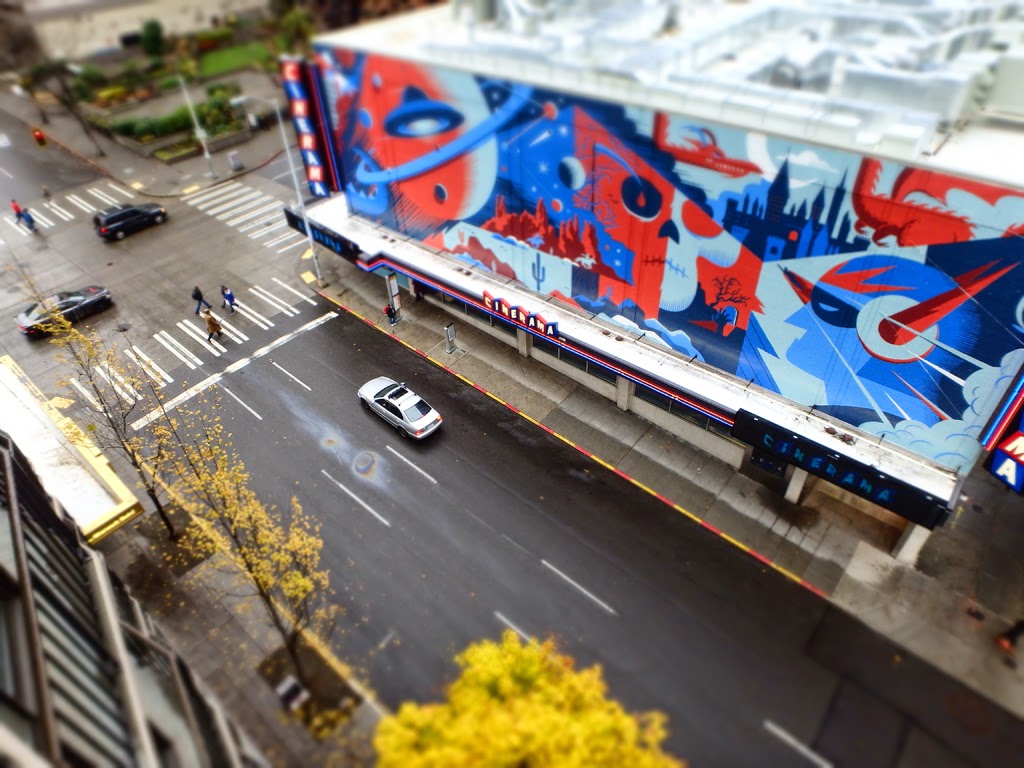 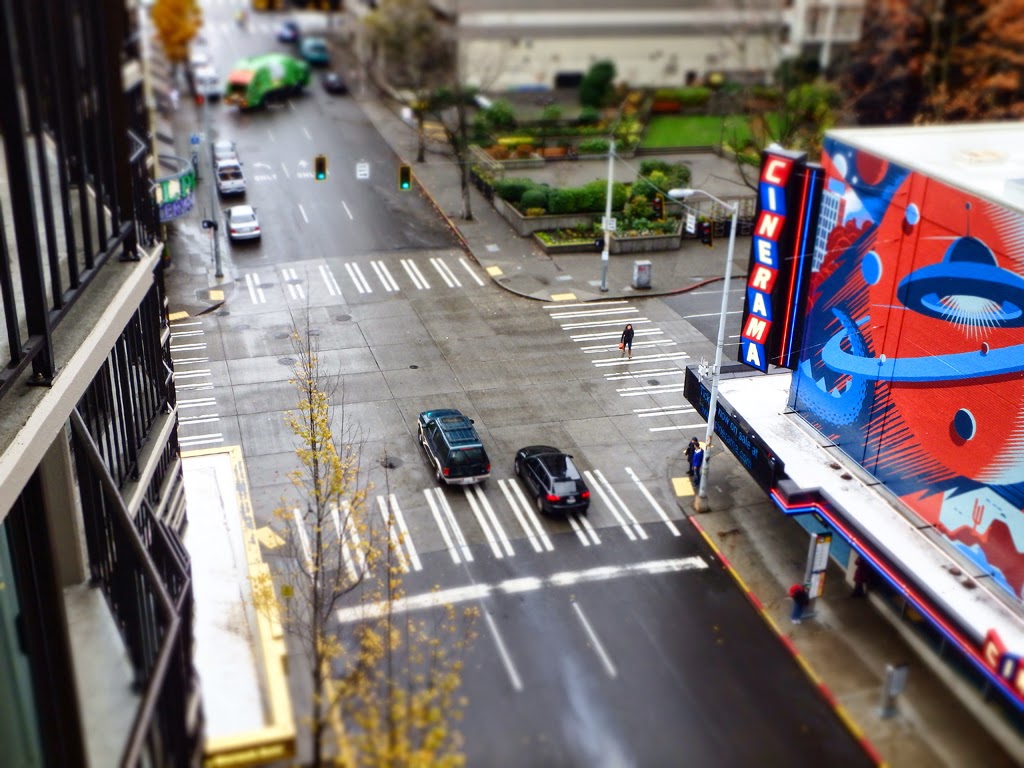 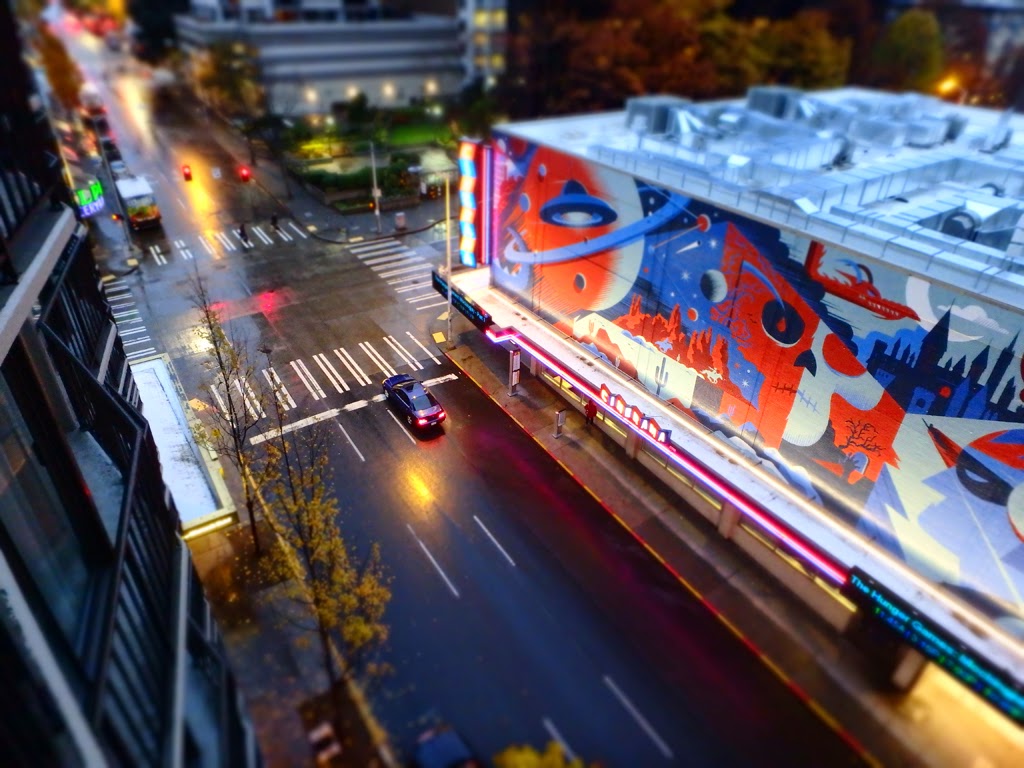 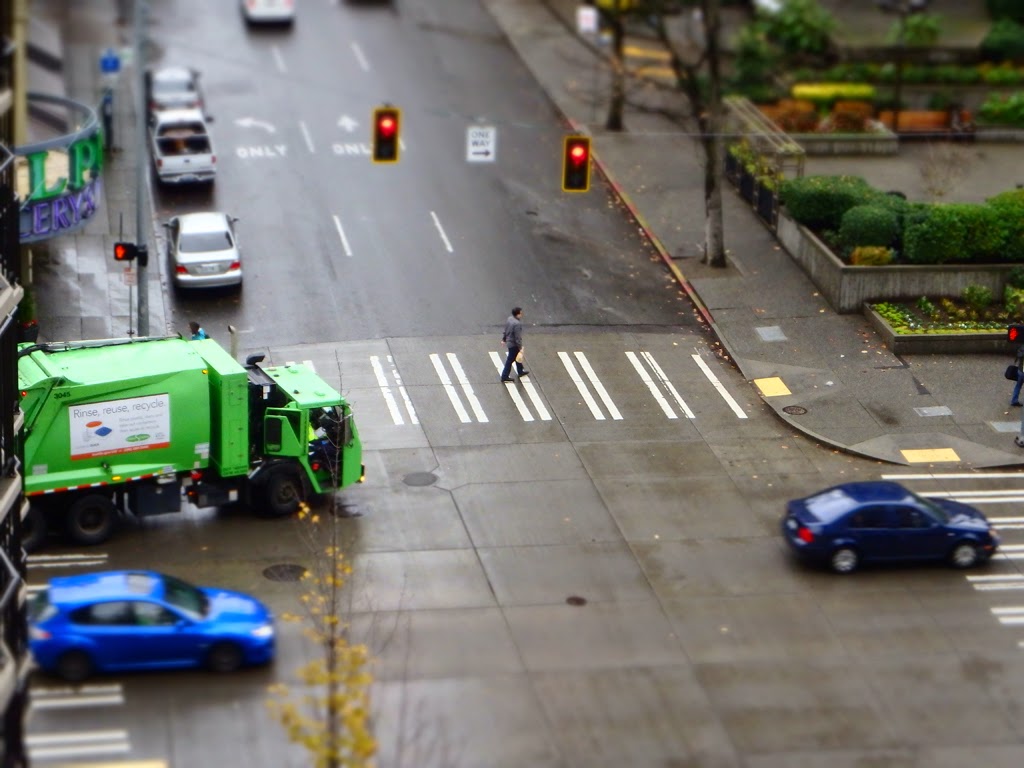 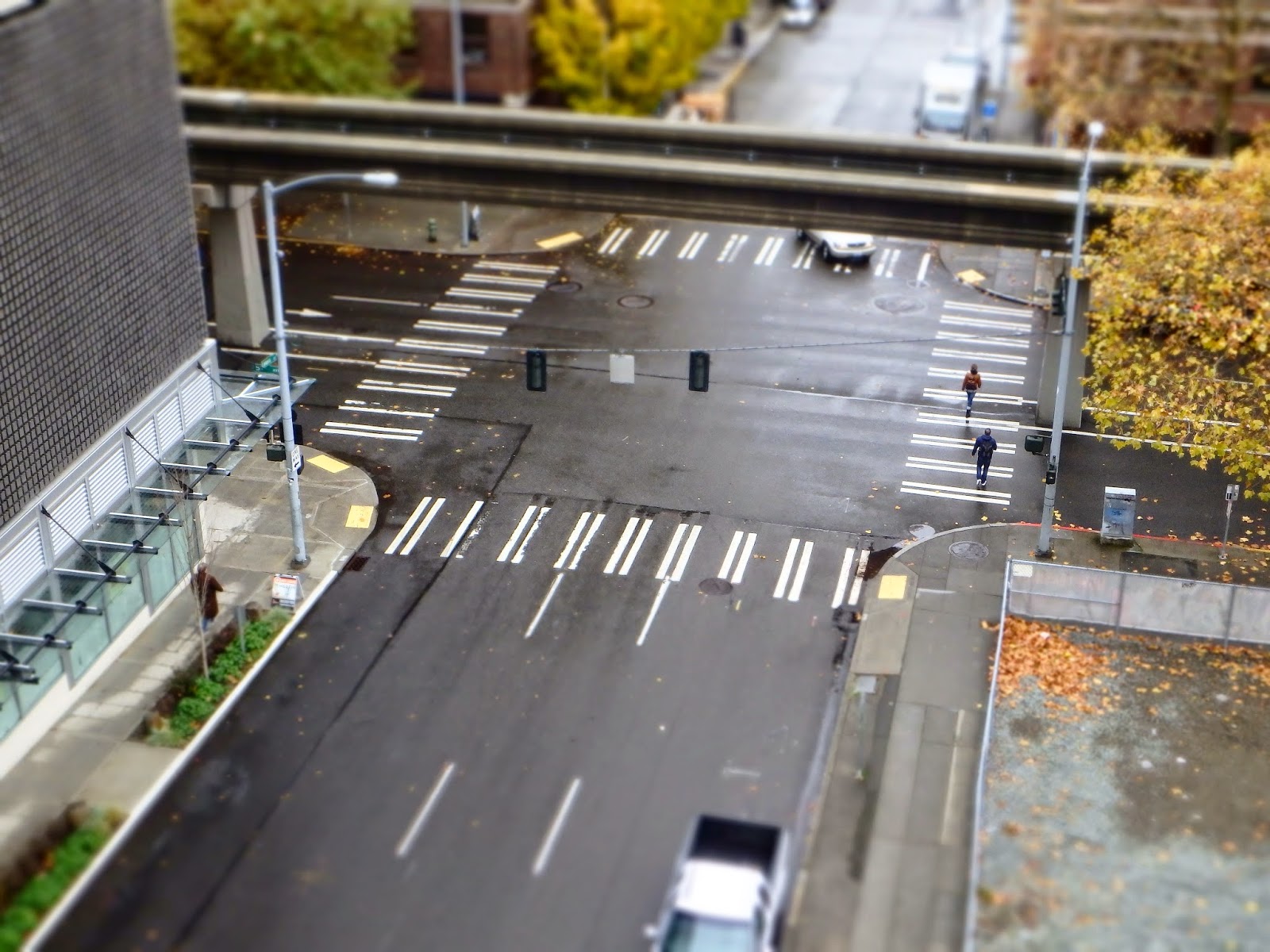 Just for fun I wondered through the city mall to see if that's viable too. One thing I lacked in both scene's was people. I managed to convince 3 'random' persons to wander through my mall scene though!!! 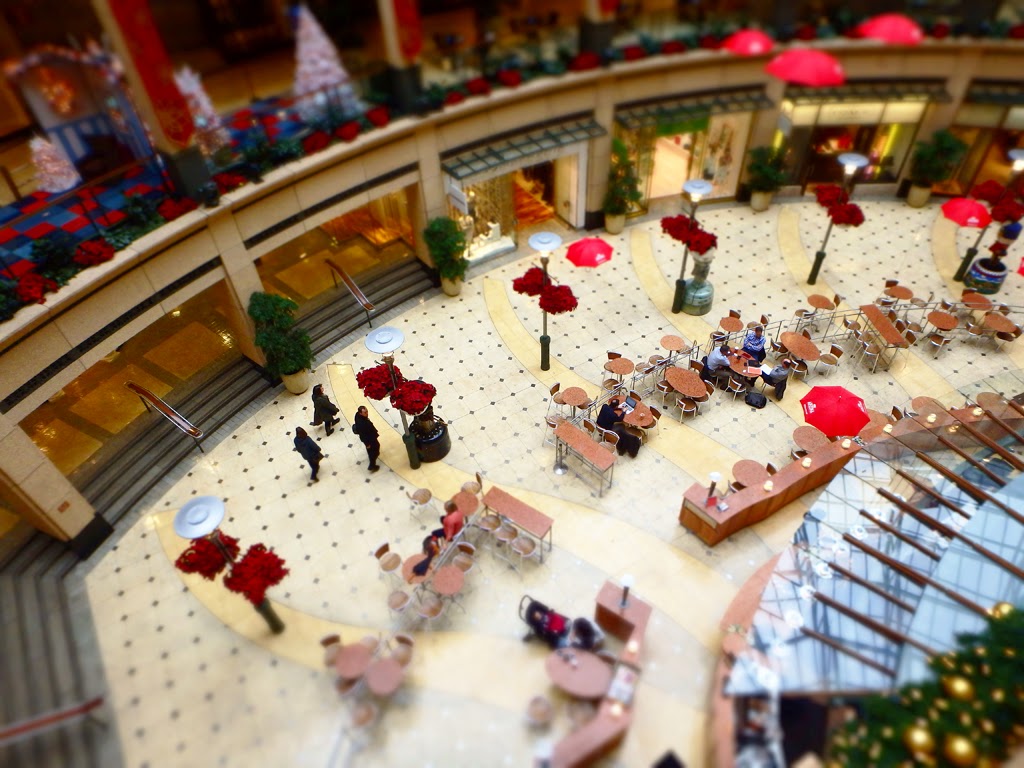 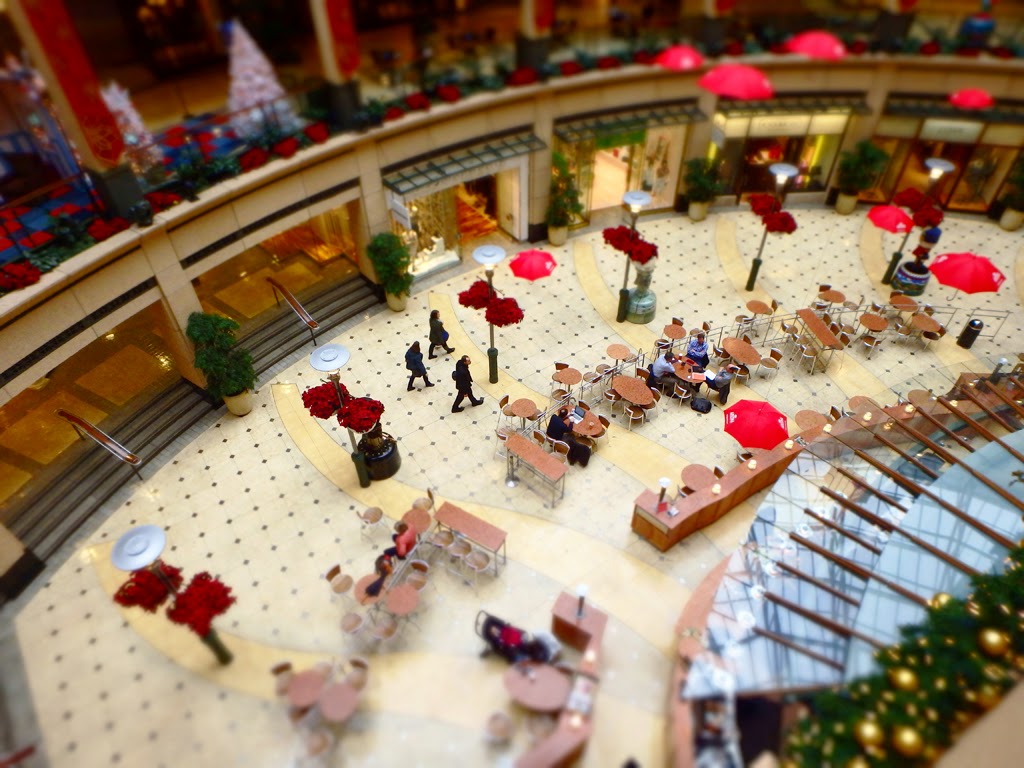 Posted by DLT at 11:10 AM
Email ThisBlogThis!Share to TwitterShare to FacebookShare to Pinterest

The guy on the cross walk and the mall picture are the best.